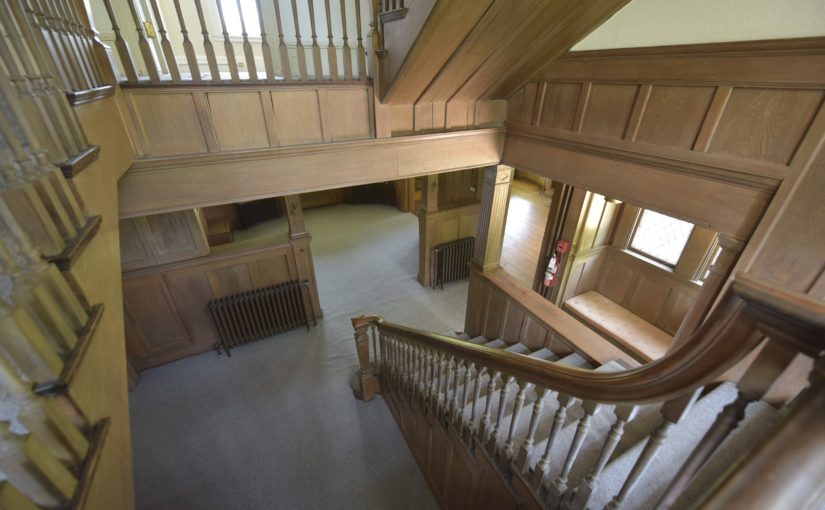 Principia has not been maintaining Eliestoun (except from serious harm) since 1994. Last January, a group was formed for the renewal and revitalization of Eliestoun. Principia’s administration indicated two major problems to be solved by the group: One, there needed to be a direct benefit to educational programs for current students. Two, there needed to be a way to pay for the project without Principia funding.

Academic departments were asked how they might utilize Eliestoun and how their students and courses could interact with Eliestoun as it was being renewed as well as after the work was completed. The following departments have expressed an interest so far: Art, Art History, Biology and Natural Resources, Business Administration, Educational Studies, Mass Communication, Music, and Sustainability. (See Academic Uses – ideas proposed by Academic Departments.)

Through these conversations, an idea came to light to form an individual not-for-profit trust or corporation which could take donations, apply for 501c3 status so the donations would be tax-deductible, and use these funds to pay for the renovation.

Principia agreed to this concept, and a presentation was given at Alumni Week in June of 2014. The presentation explained the interest from the academic departments, the formation of the separate group, and a concept of how the project would proceed through phases. Principia did request, in order to show resolve, that a minimum of $100,000 in donations be received by December 31, 2014. (Until 501c3 application has been submitted, only pledges may be made.)

Principia notified Friends of Eliestoun that a lease would be drawn up for the house (not including the land). Then the not-for-profit group would make all the decisions about what would be done with the building. Principia will be consulted; however, the corporation board is tasked with final approval of work and expenditures.

Find us on Guidestar